It was so nice to get a day off.  No cell phone (I did have my tablet with maps loaded), no text not even an email.  I went exploring. Out for a hike on Salt Spring Island. 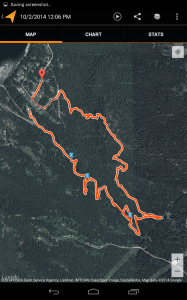 It was a no trail off track ramble.  I have wanted to go and check out the rock grinder of Salt Spring.  It’s the spot where the 60 million year old Nanaimo glacial till (cretaceous) meets the 200 million year old lava rock that forms the south end of Salt Spring Island.  Running the length of the divide is Maxwell Creek.   It’s pretty amazing to see the Volcanic rock (paleozoic) and shale interface.  The shale just grinds up into sand.  No gold along the ways.  I have been hooked on all the gold panning TV shows but did not try my hand today.  It was a day off. 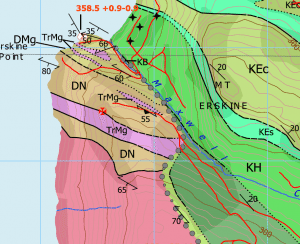 This is a clip of Hugh Greenwood’s excellent Salt Spring geology map.  Geology map OF2009-11_notes for geology map of Salt Spring Hugh is a very  very wise person.  He is also batman’s dad.  His son is the famous movie actor Bruce Greenwood.  The creek is also where the fault lines are located.  It all seems to happen at that point.  North Salt Spring vs south Salt Spring.  The gentile north vs the lava rock of the south.

Here are a few photos of the creek. 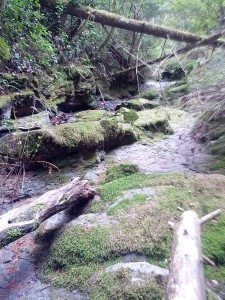 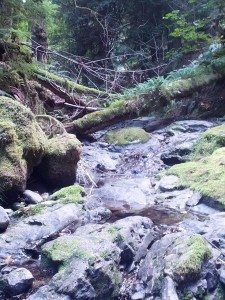 Along the way, I found a cave.  Some people are scared of cave not me.  I like to charge right in.  No bats but very cool little cave.  Did find a tiny bird nest in the wall of the cave. 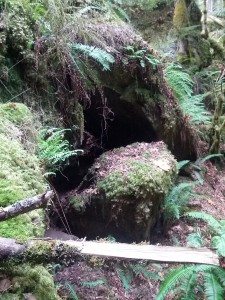 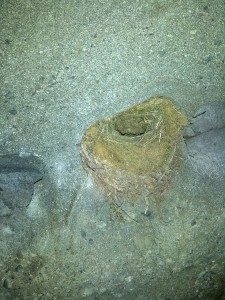 I never like to hike back on the same track and thought it would be easy to pop up onto Mt Erskine and take the trail down to Collins road.  Here is the Mt Erskine hiking map. trail_ersk_manz2013   I do recommend the hike and it’s worth staying on the trail and not bushwhacking.  I thought I was on top of the peak after I found a way up; 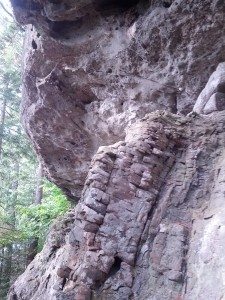 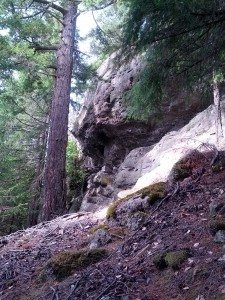 I made it almost to the peak.

The view was nice. 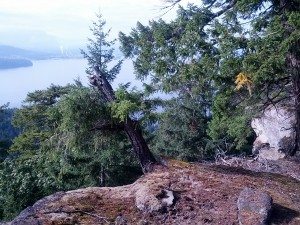 However, I was only on a sub-peak and I ended up below the massive cliff face. It was scary. I knew when I was under the official lookout. It was up probably 200 ft but there were a few empty water bottles that marked the location.

There was no way up. It was a sheer face. 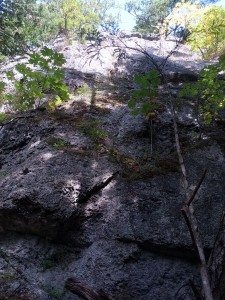 The only way down was down the strewn field. It was a great place to break a leg. The other problem was I could not see the little 12 foot cliffs on the way down. I ended up having to shimmy down a rotten log at one point. No photo for obvious reasons. I made it down to the bottom and then found the sign Captain Obvious left on Salt Spring. 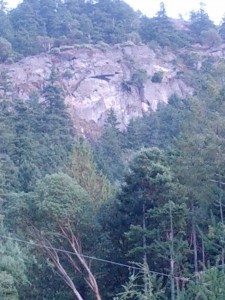 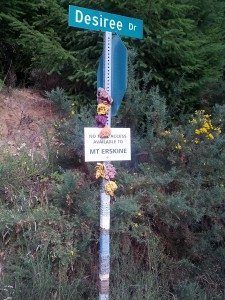 Next time I get a day off. I’m going to lay on the couch eat potato chips and watch TV.