On Salt Spring Island the Island Trust is responsible for our local zoning.  You can find our zoning info here at the Salt Spring Island Trust LUB 355. The bylaw has maps that cover every part of the island.  Believe it or not every few months or so I get an email from someone saying they want to go somewhere where this is no zoning and go off grid.  I usually let them know they are about 40 years late.  The zoning bylaw covers all and is just being upgraded with the new industrial zoning(2018).  As with the case below states, one has to check the zoning before they leap.  Don’t just go on someone else’s word do check for yourself and know what you’re getting into and what will be legal at the place you want to buy on Salt Spring.  Cheers Scott

Below is provided by BCREA and is interesting to read.

WHO SHOULD VERIFY ZONING?

In the recent case Laidar Holdings Ltd. v. Lindt & Sprungli (Canada) Inc., 2018 BCSC 66, the real estate brokerage advising the tenant was found 70 per cent liable for failing to verify the zoning. The tenant had walked away from a lease for commercial premises after the City of Vancouver refused to issue permits for the tenant’s proposed use on the basis it did not comply with the applicable zoning. The landlord sued the tenant to recover its losses. The tenant countersued alleging the lease was void, and also blamed the two real estate brokerages (one in Toronto and one in Vancouver) that had assisted it in the lease negotiations.

The landlord’s agent and lawyer and the tenant’s lawyer and contractor all gave evidence at trial, although they were not sued. The tenant’s requirements for the commercial premises were unusual. The tenant required approximately 3,000 sq.ft. of space in an industrial area, of which 1,000 sq.ft. would be for a seasonal chocolate discount retail outlet, and the remaining space for warehousing additional chocolate stock for distribution to other retailers.

The Toronto real estate brokerage had assisted the tenant in locating similar premises in other cities, and was aware of the zoning difficulties in finding suitable premises in those cities. The tenant’s Vancouver real estate agent located the subject property on Terminal Avenue. It was zoned I-2 permitting “light industrial uses including but not limited to warehousing, storage, distribution, and wholesale” as well as “automobile retailing (conditional) and servicing.” Retail was only allowed as ancillary use, which an expert testified meant up to one-third of the gross floor space.

The tenant’s Toronto real estate brokerage prepared the Offer to Lease, assuming and without confirming that the Vancouver agent had confirmed the zoning was appropriate for the tenant’s intended use. The Vancouver agent had not confirmed the zoning was appropriate, and assumed that a condition would be included in the Offer to Lease allowing the tenant more time to investigate zoning. This was not done. The tenant’s lawyer assumed the real estate brokerages had dealt with the zoning issue.

Upon attempting to obtain permits to renovate the premises, the tenant’s contractor was advised the city would not approve retail use for half the space. The tenant chose to walk away from the lease, without making any investigations into what the city would allow, and without attempting to sublet the space or otherwise limit its damages.

The court held that, as between the landlord and the tenant, it was the tenant who bore the risk with respect to zoning for its intended use. Therefore, the tenant was liable for breaching the lease, and was ordered to compensate the landlord. In respect of the tenant’s claim against the real estate brokerages, the court held that the Vancouver brokerage was not liable, as he had a very limited role that did not include drafting or negotiating the offer to lease. The Toronto brokerage was 70 per cent liable because it had drafted the Offer to Lease, had assumed without confirming that someone else had verified the zoning was acceptable, and had not made appropriate inquiries as to the zoning nor included any subject conditions to allow the tenant to further investigate zoning. The tenant was 30 per cent liable for its own losses, including being held responsible for the failures of its solicitor and contractor to properly advise it as to zoning.

A REALTOR® acting in a transaction where zoning may be an issue shouldn’t simply assume that their client’s lawyer or contractor will deal with zoning. It’s always good practice to confirm instructions in writing, to document any advice given respecting zoning, and to consider including a subject condition in favour of the tenant or buyer, allowing them time to investigate zoning issues. 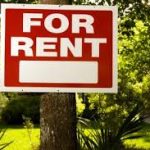 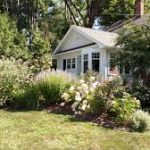 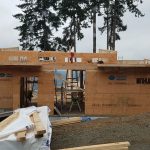 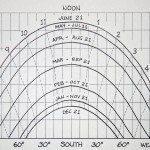 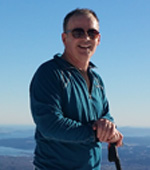