…Update the Salt Spring fire department has lost two referendums on building this massively over designed fire hall. Once in 2007 and once in 2013. The island taxpayer have voted twice and yet the fire board continues down this path to what again another referendum? Maybe it’s wishful thinking of third time lucky. Obviously the taxpayers of Salt Spring do not think the fire department needs a 18,000 sq ft fire hall, plus the other two halls we have to fight the 3 or 4 fires we get per year. The fire budget has gone from approx 800k – 2.5 mil over a decade. Whats let to this massive increase? Full time payed unionized firefighters.  How much have they saved up to offset the new fire hall? Zero.  It’s not as if anyone on Salt Spring is against firefighters but we all have to live within our means including the fire board.  The fire board has to come to the conclusion there is only so much good will and it’s linked to the ability of the property owners to pay at a certain point there will not be any good will towards the fire board….

Does Salt Spring really need to spend $6,000,000 on a fire hall?
First, I must say I applaud all the Salt Spring Island volunteer firefighters (paid on call per call) and the volunteer board members.  In my humble opinion, the island owes the volunteers a debt of gratitude.  They are going above and beyond the call of duty to community, so my hat is off to them.

What is a fire hall? According to wikipedia A fire station (also called a fire house, fire hall, or firemen’s hall) is a structure or other area set aside for storage of firefighting apparatus such as fire engines and related vehicles, personal protective equipment, fire hoses and other specialized equipment. It may also have dormitory living facilities and work areas for the use of fire fighters.

Basically, a fire hall is used for storage of equipment and as work area for firefighters.  We have a training ground in the south end.

Does Salt Spring have the $6,000,000 saved up to spend on the fire hall?  No.  We (the collective we, the property owners of Salt Spring) are going to have to borrow the money.  From where would we borrow the money? The fire board would probably have to go to the Municipal Finance Authority of BC (MFABC) and borrow the money via a bond.  Tax payers (via property tax) and eventually renters (via increased rental prices to cover the cost of increased taxes) would be on the hook for the loan for 30 years!

From MFABC web site:
“A new issue will generally be for a term of 10 years which means the lending rate will be set from the date of funding for a period of 10 years. Members have the option to borrow for periods ranging from of 5 to 30 years therefore any terms that exceed the 10 year period will need to have their lending rate reset starting in year 11. Typically the rate will be reset for the next 5 years covering the start of year 11 to the end of year 15, and this “5 year reset process” will continue as required (i.e. until loan obligations mature). Interest payments will be required semi-annually; with the first interest payment being 6 months after proceeds are received. Interest costs over the life of the loan are based on the original amount borrowed.”

So, the fire board will borrow up to $6,000,000 and hope bond rates are not significantly higher in 10 years.  As anyone with a mortgage can tell you, in the first period of a mortgage one pays off little of the principal.  With the current MFABC rate of 3.09%, after the first 10-year term, the island would still owe approximately $4,573,000.  We will pay out approx $1,636,000 in interest. Not including fees.

If the rates go up to 5% in 2023 and we refinance for 5 years on a 20-year term, we will still owe approximately $3,800,000.  We will have paid out approximately $1,042,000 in more interest (plus the 1.6 already paid), plus fees.  For those that do not follow bond rates, I can tell you the long-term rate trend is up.  The massive borrowing by all levels of government is flooding the market with bonds.  Most analysts are predicting that bond rates will continue to go up.

This debt servicing goes on and on for 30 years.  The Salt Spring fire board does not have the $6,000,000 and would be counting on the world wide banking system/governments to keep interest rates low for the next 25 years.  The new proposed fire hall could cost us over $10,000,000 (about a $1,000 each).  Now that is one expensive storage building and work area.

There is another option for the fire hall? A simple steel building.

Maybe I’m just a simple person, but I like the fire hall shown above.  There has to be something said for simple, efficient, utilitarian design.  After all, it’s a fire hall for storage and work areas, not a public library.  Photo from the Nucor web site.

Instead of the architecturally designed fire hall that has been proposed, we could build a simple slab on grade, steel building, which could be used for storing the trucks and enclosing an office space.  After all, a fire hall doesn’t go out to the fires and rescue people.  That is up to firefighters and their equipment.

The new 7,800 sq. ft. Salt Spring tennis building, built by Mr. Norm Elliott’s company, Permasteel Group, was built for less than $700,000.  Here is an approximate breakdown of the cost of the tennis building:

Mr Elliott’s company Permasteel group could probably build a steel (85%-90% recycled steel)building for the fire hall for approximately $1.5M-$2M.  That is less than the cost of the interest we are going to pay on the proposed new fire hall.  You can listen to Mr. Elliott’s statement in the podcast below (at the approx. 4 minute mark)

I’m curious to see if the fire board will get a quote from Permasteel for a new steel building and let the taxpayers decide what is best for the island.  After all, it is our money that is going to be spent on this new building.

I cannot understand why the Salt Spring Island fire board has not presented the taxpayers with options for the new fire hall.  I do not know why these options are not put to a general referendum question such as:

Do you want the Salt Spring fire board to borrow (on your behalf) and build?

If you pick A I hope you are prepared to pay your portion of the $10,000,000.  I wonder will the fire budget go up by approx $300k per year (approx financing cost) or will the fire board cut the $300k out of the existing budget?

Here is a startling quote from the fire department’s website http://www.firehallinfo.com/hot-topics/   “Another concern with a Referendum is the fact that an apathetic populace will allow a motivated group to dominate the results.”  To have a government agency call the islanders (taxpayers) apathetic is, in my opinion, over the top.  This blog post is my personal response to being called apathetic.

PS; Again I do think the volunteer fire fighters of Salt Spring are fantastic and should be supported in every way with state of the art fire fighting equipment ie trucks and gear not fire halls we can not afford.

Disclaimer I do not work, have never been paid by and would not accept any payment from Permasteel and or Nucor and do not represent them in any way.   I simply want to explore all options regarding any new Salt Spring fire hall. 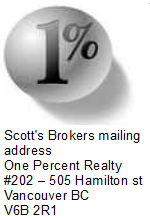